I consider each project as if it were our own—from where I choose to spend my time (your money) to whether or not a feature is really going to achieve the spirit of its intent. Designs that really move the needle forward. Designs that focus on goals and objectives. Designs that are smarter. Designs that work like magic.

I’ve been creating digital content for over 20 years. Working in the design & print and entertainment industry.

“Attention to detail” Is what separates me from the pack, because of the passion I have for what I do.

Innovation
“The WOW factor” — I strive to push the objective

To innovate, create and execute ideas that really move the needle.

To be your one stop shop for all things digital.

“Communication is key” My projects require intimate relationships with clients. My communication is candid & frequent. I’m not a “yes-man.” I won’t always agree, but I’ll give you my best thoughts and honest input & ultimately respect your call. 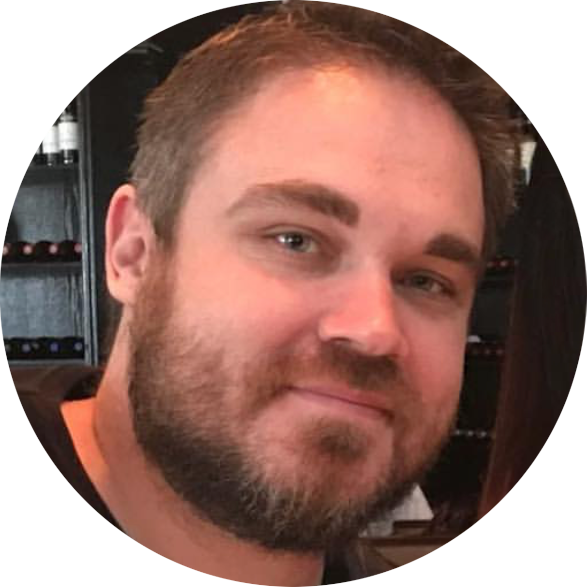 A little about the owner

1980’s: I was born on 22 June 1981 in Port Elizabeth, South Africa, and ever since I was a kid, computers, games, and technology have always been a part of my life. My first computer was a really crappy monochrome (green screen) IBM. I used it mostly for playing games and printing black and white mother’s day cards on one of those really silent dot-matrix printers.

1990’s: While I was in high school in the mid 90’s I learned a lot about this new thing called The Internet. I started hanging out (and eventually working for) an Internet Café over the weekends. Mostly playing LAN games and chatting (aka IRC), but also learning about how this “internet thing” works and what cool stuff you can do on it.

2000’s: When I finished high school in 1999 my passion for computers landed me at a computer training company (where I had previously attended). I was thrown into the deep end, teacher courses I had finished just days before while writing exams on the courses I was busy teaching. Receiving my numerous qualifications in programming, networking and web development, but it wasn’t until the tender age of 22 where I discovered my creative side with graphic design software such as Photoshop & 3D Studio Max (Which totally blew my mind and derailed my 4 years of studying programming & networking). I eventually started teaching graphic design, web design, and video editing at multiple computer training institutes until the age of 24. Using what I had learned, I then officially started freelancing my skills to businesses for the next couple of years.

2006: I was voted as Person of the year by TIME magazine (Till this day I am surprised by that, you can google it if you don’t believe me).

2010: At 29, I landed in the South African film industry, doing a number of different jobs from creating and designing movie posters, proposals, presentations, video editing, and a number of all things digital related.

2016: I became an Executive Producer for the film Eintlik Nogal Baie. I also designed all the marketing materials such as the movie poster, banners, etc.

2017: I co-founded another business called www.Baardman.co.za. I designed the logo, website, marketing material, and packaging. I left the company after a year to pursue my love for Graphic- and Web Design.

2018: I started my own Graphic- & Web Design company called www.GraphicMagic.co.za that in numerous solutions for digital-related content.

2019: I started to get into the print industry, learning how manufacturing works as every printing shop has just frustrated and disappointed me with quality and missed deadlines. This is why I bought machinery to make T-shirts, Caps, Button Badges, Mugs, Decals, Stickers, etc to provide to my clients. I also started a fun clothing brand called www.MourningCoffee.co.za.

2020: I started a community/website called www.facevisor.co.za for anyone with a 3D printed or Laser cutter to help make PPE gear for hospitals and essential workers. COVID-19 affecting. I ended up on the news a couple of times which was pretty cool, but really proud that my community stepped up and helped so many people protect themselves from COVID-19. News Report

Get In touch below. Ask Any Question or get a Free Quote

Buy me a coffee
× How can we help?